As many of you know by now, our cast has grown to 7 members with the additions of two more cast members. Dennis “Diesel” Biles, who will serve as a host, our press journalist (along with Will and my wife Kristy) once we obtain a press pass and will also team up with Will to bring you “Random Sports Facts”. Dennis is studying journalism at San Jose State University. 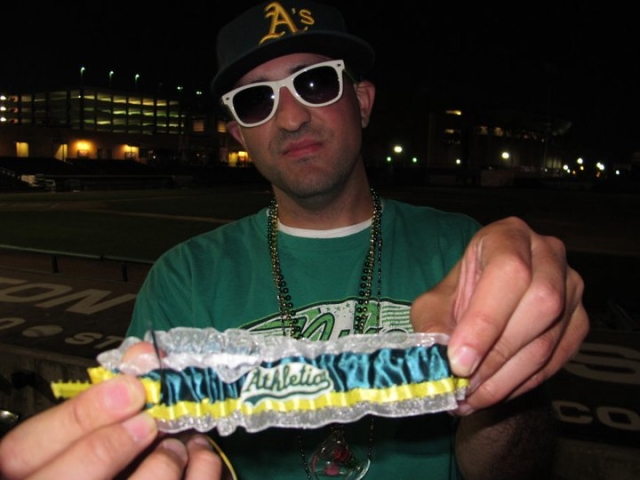 Our other new cast member is Daniel “Taco” Wolfe. Daniel, along with myself and other members of the cast, will take care of updating this and the Facebook page. Taco also runs athleticsonbase.com as well as the Athletics On Base Facebook page.

Some of you have also started to see info roll out on when the Relaunch show will take place. For those that have missed out on the posts all over Facebook for who knows what reasons, the tentative Relaunch Show will take place on Oct. 27th at a location TBA. We will have have at least 5 members of our cast on that night as we wait on word from when Chris Dobbins will return from his trip to Larnica, Cyprus.

Along with this tentative date, we also have a list of guests that have agreed to come on the show at some point between now and Spring Training. The list so far includes:

Once Dobbins is back, we will also be able to give you more information on The Green Stampede’s Haunted House @ Chris’ old frathouse on the UC Berkeley campus. Also, along with show favorites like the Chris Dobbins Ma’ma Joke of the Week, the Wolrd Famous Weather Report and the new Random Sports Facts, one more new segment for the show is what for now is being dubed as “The Battle of Block”, in which I will square off with my long time friend & Giants fan Javi in a battle of words over who’s team is better.

So stay tuned for more info on these events & more on your #1 source for everything & anything on your OAKLAND Athletics, A’S FAN RADIO.

“Your #1 source for everything and anything on your Oakland Athletics since 2003!” A’s Fan Radio is an internet sports radio talk show produced and hosted by fans of the Oakland Athletics Baseball Club. Launched in 2003 and broadcasting until 2007 from La Estrellita Cafe & Bar on 5th Ave & E. 12th St in Oakland, AFR made its grand return from its 4 year hiatus on 10/27/2011. The show features original cast members Chris Dobbins and Keith “Cpl RF Asshole” Salminen along with The Bauce Man, Ballistic Bill, Dano Wolfe & Tito Soulchild. Along with covering the Oakland Athletics, A’s Fan Radio will also cover other Bay Area pro and college sports teams EXPECT the Giants, Kickin’ It With Kaval, the World Famous Weather Report w/ Kristen “Kwisty” Salminen, happenings and events in and around the East Bay and the rest of The Bay Area, Ballistic Bullshit, The Fuckery &, as always, MORE! For more info on “A’s Talk from the Fan’s Point of View”, visit: www.asfanradio.com www.facebook.com/asfanradio www.twitter.com/As_Fan_Radio View shows at www.twitch.tv/asfanradio The views and opinions of our cast, guests and listeners are in no way, shape or form affiliated with the Oakland Athletics or Major League Baseball.
View all posts by A's Fan Radio →
This entry was posted in The Relaunch. Bookmark the permalink.